Myths and Facts about Wine Faults 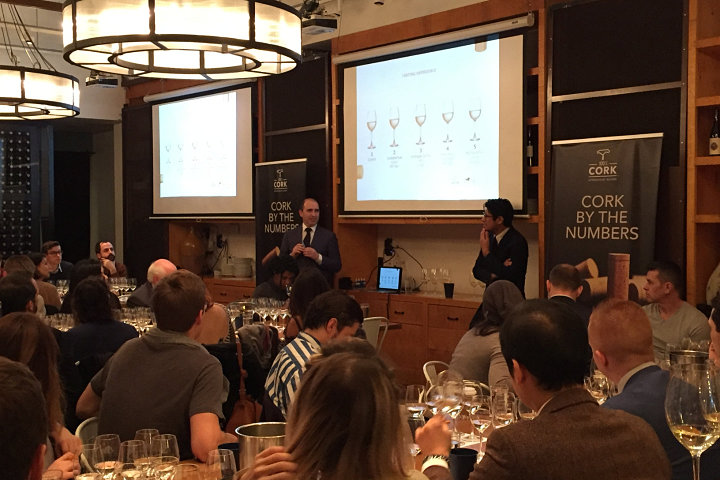 Even many sophisticated wine drinkers when tasting a wine that doesn’t seem quite right will automatically say it’s ‘corked’. But just as the ability to distinguish varietals or terroir is essential to becoming an educated wine drinker, so is the ability to distinguish off aromas and tastes. With this educational goal in mind, noted enologist Dr. Paulo Lopes recently conducted a series of wine faults seminars in New York, San Francisco, and Napa, attended by sommeliers, wine press, and winemakers.

Underscored in Dr. Lopes’ unique seminars, was the notion that there are two forms of flaws that can be identified in wines – wine taint and wine faults – with the distinction made based on the following:

The most common forms of wine faults include smoke taint, which can occur as a direct results of proximity to fires, and Trichloroanisole (otherwise know as TCA). TCA can come from various sources including the barrels in which wine is aged, but is usually associated with faulty corks. Once a problem for the wine industry, the incidence of TCA contaminated wine due to problems with the cork has been greatly reduced – by 94% from 2002 to 2017 (according to ETS Laboratories, which tests approximately 30,000 corks per year coming in to the US) – through strenuous improvements in selection, storing, cleaning and testing of cork bark and finished wine corks.

The most common forms of wine taint are known as oxidative and reductive “off-flavors”. These are flavors that in white wine take the form of apple-cider notes of acetaldehyde (oxidative) or intense fresh aromas dominated by peas or vegetal, burnt match, rubber onion, garlic, cooked cabbage, rotten eggs (reductive). Red wines which suffer from wine faults can exhibit notes of cooked fruits (oxidative) or be extremely astringent or bitter, with metallic flavors (reductive).

But where do wine faults come from? Most often from oxygen – either too much or too little, sometimes before bottling, but very often even after the bottle is sealed, due to a chemical reaction that takes place as a result of the choice of wine closure.

In Dr. Lopes technical presentations, attendees tasted several samples of the same wine chemically altered with various compounds that mimic some of the major wine faults seen on the oxidative and reductive spectrum, and compared the altered wines to each other and to an unaltered sample of the same wine. They learned how different closures can affect wines over time, either by not allowing enough oxygen into the bottle or by allowing too much. They also learned how natural cork differs from other closures in that oxygen contained within the cells of the cork bark is released in a consistent and non-linear way, as compared to synthetic corks which have been engineered to allow oxygen from outside in to the sealed bottle (resulting in oxidation), or screw caps and other closures which do not allow any oxygen into the sealed bottle at all (resulting in reduction).

Louis Pasteur said in 1873, “Oxygen is the greatest enemy of wine, but also, oxygen makes wine, which ages under its influence”. Getting oxygen right, which includes choosing the right closure, is fundamental if the wine is to mature as the winemaker intends.