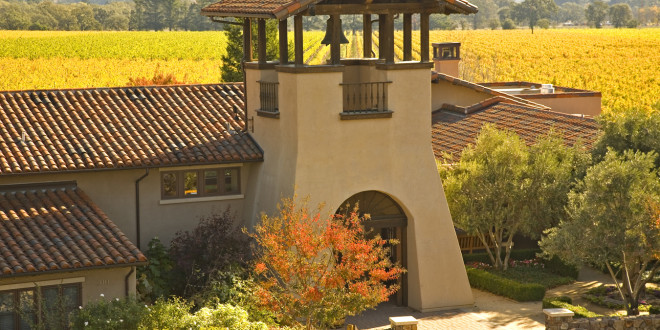 I was honored to have a great interview with Christopher Silva, the CEO of St. Francis Winery & Vineyards in Sonoma. We had been introduced because of my interest in one of several recent articles which noted that wineries are moving back to natural cork and beginning to eschew “alternative” closures such as synthetic corks and screwcaps. Naturally this piqued my interest and I began reaching out to some of the wineries that had moved in that direction.

Mr. Silva is animated, personable, and deeply passionate about what’s going on at St. Francis. He’s a fifth generation Sonoma County native and was raised in a farming environment. He remembers how his grandfather always talked about the importance of stewarding the land, not only because it was the right thing to do, but because it would be preserved for the next generations.

“Once upon a time,” Chris quipped, “that was called ‘farming.’ You didn’t need special certifications to show that you were natural.”

It was in 1971 that the founder, Joe Martin, established the vineyards. In 1979, Mr. Martin opened the winery and in 1983, their first winemaker began to make world-class Merlot. It during this time that St. Francis began to acquire more vineyards and work towards establishing what would become its unassailable legacy.

St. Francis started using synthetic corks in 1993 when they rejected natural cork as an viable closure because of the TCA issues that were relatively rampant at the time. Cork producers were either a.) using bleach to process corks and which was a natural magnet for the 2,4,6-trichloroanisole molecule, or b.) shortcutting their way through the cork process because of the increasing world demand for wine corks. As a result of the hiccup in quality control, alternative closures began appearing, and not just on MD2020 or Ripple-level wine-like substances.

But St. Francis did something interesting. While most of their wines destined for the retail and restaurant markets were largely sealed under synthetics, they kept aside a few cases of wine sealed in natural cork.

Share
Previous Is Cork the Designer Material of the Future?
Next From Bark to Wine Stopper to Footwear — the Story of Cork